A while ago a I came across The Ruiner’s blog and really enjoyed the show. And then when he completed that I enjoyed it even more just because of the clearly defined purpose exhibited. I love it when someone tells the tale without the spotlight of egotistical forays into the depths of one’s own ‘happiness’. Later, I came across an audio interview performed by Cassidy enterprises which not just deepened the view but as an outcome laid bare of who exactly was chasing the spotlight. Anyway, this preamble is only an introduction to the subject matter at hand, The Parents. 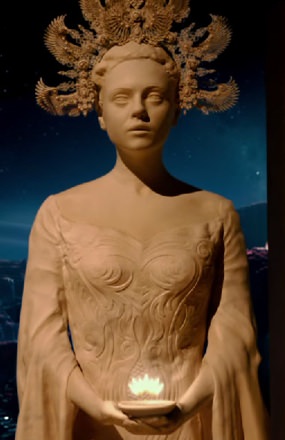 Have you seen the movie Jupiter Ascending where the script proposes a family business called Abrasax Industries where the offspring vie for power, influence and lustily seek the elixir of extended life called RegeneX, ‘harvested’ from populated planets? Feeding upon this life energy, the family is able to extend their physicality for millenniums. The extended life span gives them the opportunity to build vast empires through with they enrich themselves and pursue their own agendas, wielding firm control harshly over all others.

Seeing the story unfold, flickering across the screen, it reminded me of The Ruiner’s description of The Parents.

There is a reason why a healthy consciousness is directly tied to a limited mortality. Physical constructs with which it finds a home is always limited and in fact helps to ensure that the host does not linger beyond it’s purpose nor design. The danger in doing so is that a degradation occurs whereby the consciousness, like stale bread in the cupboard, slowly but surely decomposes into non-optimal states of existence. Please note that this is all in perspective, not a totality.

A being which forceful extends it’s physical form will degenerate into more base constructs and the longer the extension, the more base it’s constructs. Eventually, the spiritual connection with which all are endowed becomes broken and the separation well known among The Parents is endured. Do you see the reason why the outlook is one of self-centered attention where others are but tools, to be used without consideration? Do you also see how life balances itself by applying more and more pressure upon these ‘parents’ when eventually they become so ‘tired’ of enduring and resisting that they become willing to end the charade of immortality? This last bit does take a while but eventual all succumb.

In the pursuit of Eternity some beings take it upon themselves to embrace the Fount of Immortality, through vanity the self-attentive become quite creative in their attempts to keep alive the consciousness of their own being. If you really think about this you would see that it is a fool’s errand, but for some it becomes the apex, the golden rod of an ultimate destiny rooted in fabricated tales of greatness.

It’s not about The Ancient Ones, it’s about one’s own stupidity in seeking life through physical means, through physical permeatations. Just because some poor soul has figured out a longevity which they try to keep to themselves through any and all means, it doesn’t mean that one should buy into the propaganda. Does greed survive only through the conviction of others? Can greed exist without agreement? Self-desire creates god but what happens when the delusion falls away?

For some it takes but a lifetime of experience. For others it takes millenniums of experience and through all the trials and tribulations their stubbornness eventually will fall away. It doesn’t matter if you believe it or not, just ask those who have already passed this way. They will tell you the same thing.

Sometimes it’s good to have an example in front of you so as to take heed. Some require this as a necessity where others find that in the lack of self-importance their are no ‘lessons’ to be learned, no trials and tribulations to endure. There is a word that is used to describe this, it’s called happiness, a joy to unleash the consciousness of your own existence and allow the true nature of one’s own being to unfold before the eyes of perception. You can watch it unfold, it literally does.

The other way of saying this is that somewhere along your line of experience you took the time to wrap away yourself and save it for later.

It must be Christmas time!

Previous  I Ate The One Who Cared Enough Not To
Next  Rack 'em And Stack 'em
Robots only! DO NOT follow this link or your IP will be banned.