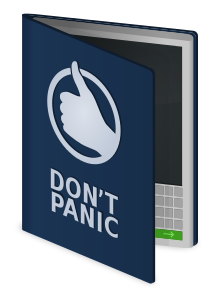 Remember Douglas Adams and the Encyclopedia Galactica and also the better known Hitchhiker’s Guide to the Galaxy? Well humans, isn’t it about time to understand what goes on in your own neck of the woods? I mean really, if you have no idea of what goes on around you then how can you possibly understand where you are. In relation we find who and what we really are. You know, in the big picture. 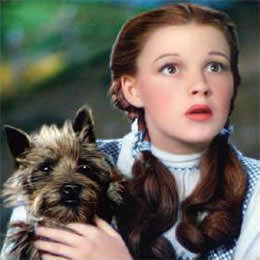 Sure, we can use words and place names to think our own little thoughts that all is well and good in the Land of Oz but we’re not in Kansas anymore are we Toto? I know… it’s a surprise to us all.

Mike and Virginia McClaughry have done the work for you. They have taken a wee bit of time out of their lives to jot down a few things that you just might need to know regarding the creatures and things which reside in that jostling and bustling forest which around these here parts is called civilization. You might know it better as being called current events. No, not the animal feed found on stage and screen but real live show and tell. Connecting the dots in order to reveal factual intent is not something new or even exciting, well maybe it is new and exciting and that’s the point being made here.

When you see through the eyes of another you get to see a reality quite unlike your own. Now some sorts of people rather discourage that line of thinking but as I believe that all Men are created equal I take relish in coming across such opportunities. Consider me ‘odd’ in such regards.

I don’t think it odd to peek behind the curtain and see just who is running the show and why. So maybe this should be considered a show and tell about the show. As any good magician knows if you can capture the attention and mesmerize through shadow and deceit then one can steal the show. After that it’s like putty in your hands.

It’s not for the weak but then the weak don’t typically shop here and so wouldn’t read this anyway, so never mind.1

It’s good to have friends in high places.

Previous  The Life of the Party
Next  Cornerstone
Robots only! DO NOT follow this link or your IP will be banned.