The Story of Zenu

The story of OT III and the galactic overlord called Zenu is given a lot of attention on the Internet. Why is that? What is so special about one incident in the last 76 million years, that impresses people so.

Below, you will find my thoughts on this much talked about issue, and if it makes any sense at all, don’t blame me. I just live here.

You may have heard the story of Zenu and how he masterminded an ambitious plan for subjugating, not this planet, not this galaxy, but of the entire universe. For some, this story verges on a good science fiction plot that has no relation to reality. For others, it is a believable and true account of what actually occurred 76 million years ago. For others still, it holds some truth, with a lot of embellishment and grandeur mixed in.

What you will read here, is none of those things.

Ultimately, we must all decide our own truth and recognize that other truths exists in ways that may make us shudder in disbelief. Recognizing uniqueness comes with the responsibility of recognizing others uniqueness, not that of just our own. Experiences can be shared, but we can never be.

If we accept the idea that we are spiritual beings, then we must accept as well, the idea of immortality. Bodies may come and go, to be used for the tools that they are, but the spirit endures to no end.

That in itself can be a difficult concept to imagine. To endure to no end. Life forms have a finite period of existence. That is what makes them so special. They exist for only a short time, in which we can take pleasure.

Life forms are only a demonstration of the power and ability of the spirit. The spirit manifests itself in many ways, with life forms being but one aspect of that demonstration. Life is not the sole purpose of existence, it is only a form of expressing and communicating who and what we really are - the unique spiritual being that we are. Beings who know no time and no death, but know of existence.

Keep this in mind as we progress along in our account of “Incident 2”.

According to some, “Incident 2” was Zenu’s attempt to control the entire universe. We were all just having a wonderful time and then this big bad guy came along and messed us all up. As a result, many problems were created for us and so we became enslaved to Zenu’s plan, never being able to escape his evil clutches.

What exactly did he do that was so horrifying? What could have one person done, all by himself, that would have such a devastating impact on all of us? 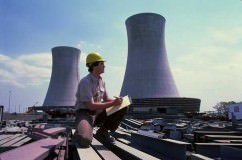 According to the philosophy of Scientology, Zenu rounded up as many beings as he could, dumping them all on Earth. He didn’t stop there. He captured and froze these beings, throwing them in various volcanoes and then proceeded to drop nuclear bombs on everyone. If that wasn’t enough, when these bombs exploded, an electronic screen would capture these blown-up beings to prevent their escape and dumped them right back on Earth. For some, it was a chance to do it all over again. For others, once was more than enough. 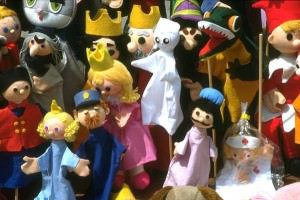 As a result, we all got mixed up with other beings and became imprisoned on this planet. During the explosion process pieces of ourselves became entangled and entwined with others who shared the same fate. We no longer knew who we really were.

With a multitude of other beings now sharing the space where there was only yourself, you became the sum total of all these new parts. You thought and acted only in relation to these new pieces of others. Your thoughts were no longer your own, you became something new, but undesired.

Over time, you became used to having these foreign pieces in your space. Today, you don’t even give it any thought. It all seems quite natural now. Where would you be without these ‘friends’? 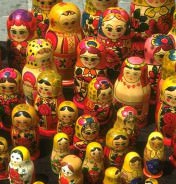 Someone came up with a term to describe these ‘friends’, they called it “body thetans”. In a certain terminology, “thetan” is a word used to describe the spiritual being itself. “Body” is used to refer to the thetan’s “body” or space. All these pieces of others are in your space. When a being takes a new body, they bring with them these pieces and may place them in, on, or around the body in the mistaken belief that the new body is actually their own space. It gets all very confusing!

The account of that incident makes many assumptions. It also bypasses a lot of information and presents only a one sided view of what occurred, and the way that it is described belongs more to a sensationalized expose’ than it does to an sane and intelligent account of an experience that is certainly not new to us, taken in the context of our entire existence.

What really happened? Why is this incident given considerable attention in Scientology? What does this incident do for us, in helping us to understand the nature of, not just ourselves, but of the universe and of our place in the ‘Grand Design’.

As a spiritual being your existence is perpetual. Would that get boring after a while? It would, if you accepted the idea that what you do must continue to be done. This is known as ‘reigning in the beast’. In this sense, the beast would be a spiritual being that knows no boundaries. It constantly changes and becomes something new and different, as it sees fit. This is not always looked upon as something desirable to those that seek to limit and restrain others, so that they themselves can be triumphant over them. These beings believe the ‘winner take all’ approach. They will do everything in their power, to convince you that you must become something stable, something that is constant so that others will always know who and what you are. If you do not go along with this, you become labeled a “beast”. Something that has not been tamed, subdued and ‘civilized’.

It takes some convincing to restrict a being, and the convincing is not always direct. Subterfuge plays an important part in all this.

In our desire to seek experiences, we look upon others to share their own unique experiences with us so that we can become fuller in that regard. It doesn’t take long before a being looks solely to others for their desired experiences. After that, the spiritual being becomes only a spectator, watching what others have experienced, and no longer having a desire to create their own.

We forget that the best experiences, are those that we ourselves, have created.

Incident 2 provides us with a “given” experience. It is for us, not of our own creation, and it played to a packed house. Everyone likes a good show.

But isn’t it time for the show to end? Have we reached the end of the plot? One of the ways of capturing someone’s attention is to give them a new and interesting experience, and then to say that there is more to come. How long will you sit, idly waiting for what is to come? Should you not being going out and creating your own experiences, or are you just as happy to sit and let someone else run the show? If so, then you have become one of the many actors in the movie of life. Your sole part consists of sitting there and doing nothing. Is that your answer to enjoying existence? Your body may not be bound and restricted, but the illusion does not apply to the spirit.

Incident 2 is only one of the many movies that have been, and are, playing at the Spiritual Drive-In. Self control was checked in, along with your spiritual power and ability, when you bought the ticket to the show. Your seat has become a welcomed friend as you have endured the ages to watch this colorful display, but have you even wondered what the movie house management is doing while all the ‘guests’ are being entertained?

Among the many categories of beings in existence, there are two that are applicable in this discussion. The movie watchers and the movie players. Someone is running the show. Someone is making sure that there are enough refreshments available and to look after the comfort and well-being of the guests. Has anyone even seen the management lately?

If we are so involved in this movie of life, then who or what is keeping it running. Who has made sure that our interest would be captivated in the show that is being produced for our benefit? When we bought our tickets, did we really know what was in store for us?

The management has been doing a fine job up to now. Not many beings have woken up enough to realize that the movie that is being played is just that, a false reflection. Some beings have walked out of the movie house to continue their existence. Others have stood up and announced that the movie is not real, only to be laughed at. Most others are continuing to enjoy the show in their well-placed seats, not wishing to give any of it up.

The management is not interested in those few who manage to escape their carefully laid plans. They cater to the guests that stay, and there are plenty of them. Those that leave are the concern of others, management’s concern is in doing their own job, and doing it well.

During the movie, I encourage you to look around and notice something that has before, gone unnoticed. I encourage you to take a moment and disregard what you may be seeing in front of you, and to take a look at what is going on around you. You will not only find others sharing the same fate, but you will find the management scurrying around to ensure the best possible experience for everyone and being completely unnoticed as well. But don’t stop there. In noticing what is around you, take a moment to reflect upon your entrance to the movie and remember exactly the purpose of what brought you here, and then decide if that is still applicable.

Movies are great, but they are a poor reflection of actual experiences. On your way out, be sure to retrieve the power and ability, that you had checked in upon your entrance. An exciting world awaits you outside. You only need to seek it.1

Previous  The Beauty of the Sea
Next  Pass the Automaticity
Robots only! DO NOT follow this link or your IP will be banned.